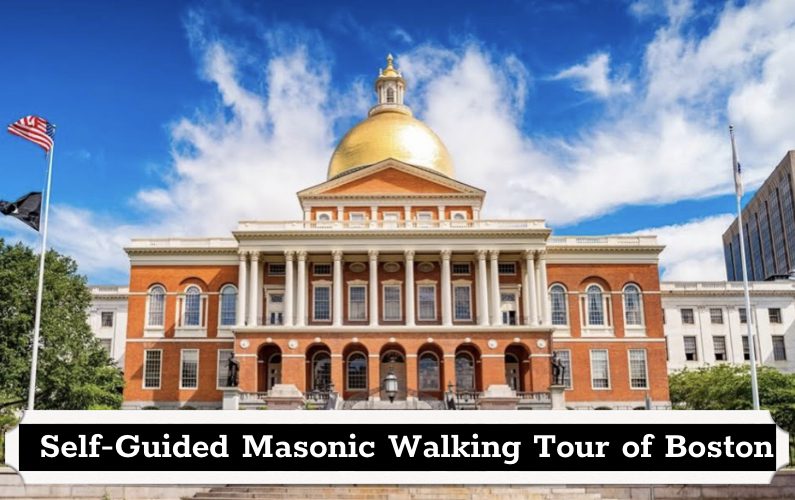 The walking tour will guide you from Grand Lodge to Bunker Hill in Charlestown. The walk could take you 90 minutes to two hours, so you might want to split the walk into two or more easy segments.

The Tour describes historical events, many of which involve Freemasons, but the tour is also suitable for anyone who is not a Freemason.

Wear clothing suitable to the weather, and make sure you have comfortable shoes!

The walk from Grand Lodge to Old North Church is mainly on the level. It then rises gradually to Copp’s Hill, then there’s a steep hill down. Charlestown is level at first, but you’ll need to ascend at the very end to Bunker Hill. The walk up the stairs within the Bunker Hill Monument is rewarding, but pay heed to the posted warnings if you have a medical condition.

Returning by cab. After the tour you might need to retrace your steps to City Square in order to find a cab.

Refreshment along the route.

The route takes you past many restaurants and bars. The Faneuil Hall/Quincy Market has many notable restaurants. Almost every other storefront along Hanover Street is an Italian restaurant, and you’ll also pass Modern Pastry and Mike’s, which are famous for their Italian pastries. After you cross the bridge into Charlestown there are fewer restaurant choices.

2) The audio version will soon be available indifferent formats, suitable for use in a portable digital audio player.

There’s also a fold-out map that is available from Grand Lodge and many tourist locations in Massachusetts. The map is a very condensed version of the downloadable files.

All three versions of the tour commence at Grand Lodge, which is situated on the corner of Boston Common, at the intersection of Tremont and Boylston streets.

The nearest subway stop is Tremont, just across the street from the Grand Lodge, although the hub at Park Street is within easy walking distance.

We hope you enjoy your tour.